London-based Zoe Devlin is one of my very favorite voices EVER!  I first fell in love with her voice back when she was singing with Alabama 3 (one of my favorite bands) as Devlin Love.  I think her version of Billie Holiday's "Strange Fruit" will give you good reason why.  It is perfection.  She is, simply, amazing!  This song is not on any album - she has no solo albums as yet.  Prepare to get some goosebumps.  Then take a deep breath and go ahead and cry at the beauty of her voice.

Up To My Neck In A Hex - The Penny Black Remedy

Yes, it has been months, again, since I posted anything here.  I really do apologize.  Things have been so wonderfully busy for my own band, Juana Ghani, lately that I rarely have time to put together a blog post.  Forgive me?

This video by one of my very favorite bands, UK based The Penny Black Remedy, was just released to the public yesterday (and to those of us smart enough to be on their emailing list on Monday) and it is such a fun vid!  Being a superstitious person myself, I love that they chose this song off their new album (SUCH a great album!  Serious.  One of my favs!) "Inhale ... Exhale ... OK, Now You Can Panic!" to make a video.

The Penny Black Remedy on myspace
Posted by Leisl at 12:46 PM No comments: 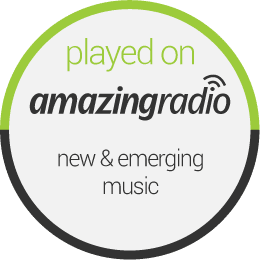